Seva Frangos provides independent advice and services to individual and corporate clients, public organisations and collections on the purchase, collection and exhibition of art.  As a client- driven service discretion and confidentiality is assured.

Seva Frangos offers in-depth experience and extensive professional networks for project management and can respond to both large and small projects.

The relocation project was implemented from 2011 and included a complete audit and inventory of all existing historic artefacts, awards and artworks located in numerous sites. A selection was then fully catalogued and moved to one single location within the new headquarters in Perth. A complete audit of all items was coordinated before the final selection for display and limited storage. Installation included all aspects of display design and final placement. The collection and its display continue to change and develop with regular display updates.

Expert art curatorial advice for public, corporate and private collections and individuals alike, whether sourcing one artwork, developing both small and large collections or providing collection review and strategies.

Seva Frangos has a long-standing commitment to promoting Australian contemporary art and Indigenous art and is now equally committed to promoting international art.

Coordinating artwork commissions for private individuals and by government or businesses. Commissions may be an endorsement or sponsorship organised on behalf of the client or simply an artwork produced especially for the client or context.

2014 BOAB100 Wesfarmers Centenary Gift project with the Wesfarmers Arts Manager and Curator, Wesfarmers, Perth. Commissioned by Wesfarmers for its official centenary gift, BOAB100 produced a limited edition of 100 boabs for each of the 15 artists.

A unique partnership between a Kimberley Aboriginal art centre and a major Australian company created a new art-form built on traditional skills and knowledge but which provided an exciting and enduring opportunity to reach a wider audience. Inspired by the iconic boab tree and the traditional art form of boab nut engraving unique to the Kimberley region of Western Australia, BOAB100 was a collection of 15 boab nut casts superbly engraved by artists from Waringarri Aboriginal Arts and reproduced in white aluminium. BOAB100 involved wide engagement with Waringarri’s artists and arts workers, as well as the team at Urban Art Projects, Brisbane to produce the cast aluminium editions.

Wesfarmers Arts Manager Helen Carroll said "BOAB100 was more than a simple commission and extended well beyond the artistic output of the 15 artists selected for the project. The idea of the centenary gift was always two-fold – to commission a gift that has wide appeal and is fresh and innovative, and one that provides a long-lasting impact for its artistic creators”. 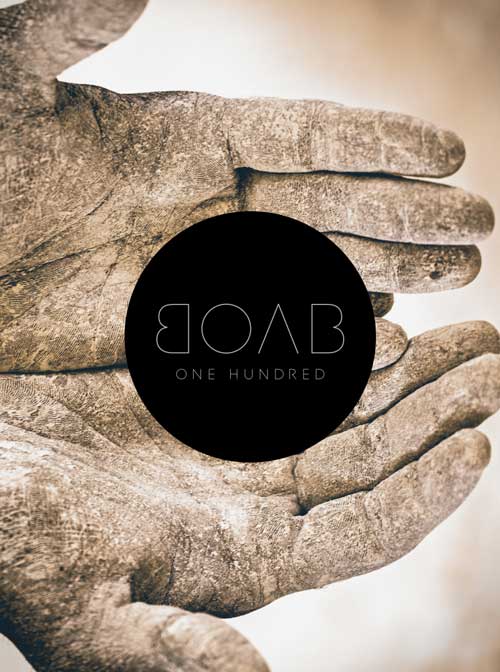 For any business, family or individual, expanding networks and bringing together creative teams to enable arts development or to provide new avenues for artists and their organisations is one of the most effective and pleasurable collaborations.

As the previously recognised areas of art, craft, artisanship, design and fashion blur their boundaries and definitions, if not lose their distinction, the field of creative visual arts opens to new possibilities.

Seva Frangos conceived and established a three-year program (2005 – 2008) for Xstrata Coal, The Xstrata Coal Emerging Indigenous Art Award on behalf of Xstrata Coal and hosted by the Queensland Art Gallery, Brisbane. During this six-year program, the Award and Exhibition program presented and assisted 28 artists from throughout Australia. The selection of artists truly reflected the national reach of the Award and remote and regional artists and communities were prominently represented. The Award was complimented by generous acquisitions funds to assist the Queensland Art Gallery with their Indigenous collection. Each of the finalists exhibited a body of works that reflected their practice.

Editor and author of 185page fully illustrated book, on the highly acclaimed contemporary artist, Timothy Cook from Melville Island; published in 2014 by UWA Publishing, University of Western Australia, Perth. Timothy Cook was the 2012 winner of the 29th Telstra National Aboriginal and Torres Strait Islander Art Award, the most prestigious and continuous Indigenous art award in Australia. 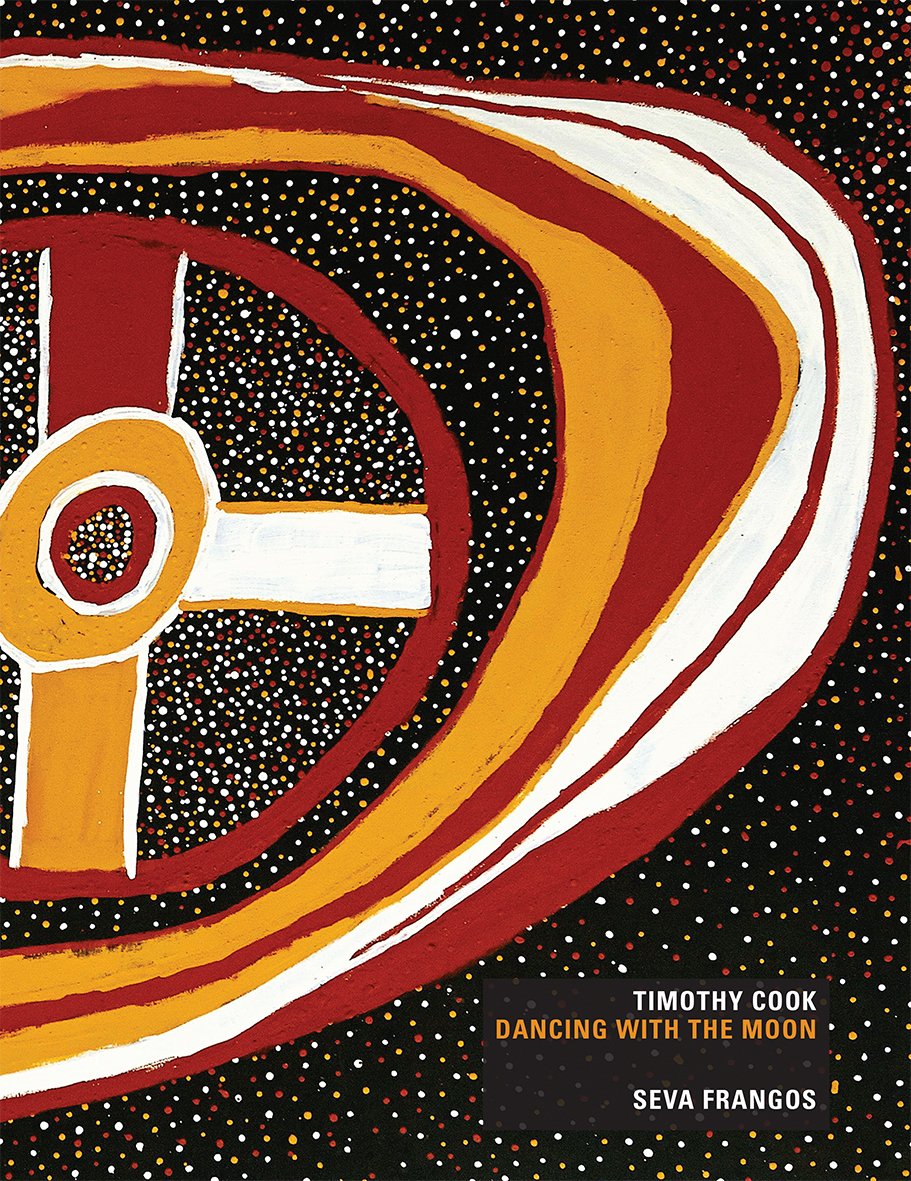 Timothy Cook has been lauded as a leading contemporary Australian artist, critically acclaimed, honoured with the prestigious 2012 29th Telstra National Indigenous and Torres Strait Islander Art Award, included in major exhibitions throughout Australia and well represented in significant public and corporate collections. He has lived and worked for his entire life in a small settlement in the Tiwi Islands, in remote Indigenous Australia, deeply attached to his place.

Timothy Cook is a maverick artist –non-conformist, individualistic, original and inventive, straddling the modern and ancient with confidence. In this stunning monograph prepared by Seva Frangos, she and her fellow four writers attest to his achievements, inhabiting a place and space where innovation might seem impossible against the background of tradition and ritual; where he realigns artistic and cultural boundaries and re-explores being Tiwi. These pages capture the remarkable levels of energy and emotional charge in his painting and provide a brilliant introduction to his vast body of work over two decades in a range of media.

Timothy Cook began exhibiting his work in the late 1990s. His art primarily depicts the Kulama Ceremony (yam ceremony). The Kulama Ceremony is performed in the late wet season (March-April) when a ring appears around the moon. Kulama is a traditional initiation for young men which coincides with the harvest of a certain wild yam species. Elders of both sexes sing and dance for three days welcoming the boys into adulthood. The boy is then renamed with his true man’s name. Cook holds a deep connection to culture and country, his paintings depict traditions felt through true un-inhibited expression. In 2012, he was the winner of the 29th National Aboriginal and Torres Strait Islander Award. His paintings are represented in numerous major public collections including the Musée du quai Branly, Paris and the National Gallery of Australia, Canberra. As part of a project funded by the Australia Council for the Arts, UWA Publishing has prepared Timothy Cook: Dancing with the Moon, an overview of Cook’s work to date that examines the extraordinary melding of tradition with innovation that has been the hallmark of Cook’s artistic output and given him a huge reputation in Australian Aboriginal art. Seva Frangos demonstrates the strength of Cook’s work by presenting it in a thematic arrangement rather than chronological so that we get to see variations on those themes to a very powerful result.

Valuation services for contemporary Australian and Indigenous works of art.

Copyright © for all images and text is protected by international copyright law and remains with the Artist, their representatives and Seva Frangos Art at all times.